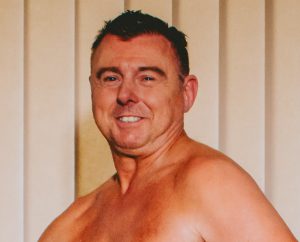 Alan was our Mr January when we created our Hunky Calendar in 2016. Here’s his story about how the day went:

I was totally happy to volunteer and show a bit of skin to raise money for the school desks. I was the one rounding up and encouraging most of the other guys to get on board. I knew it would be a laugh and a little Dutch courage might be needed on the day.

In preparation, for the photo shoot, the week before, I decided to lay off the pies and reduced my beers…..well, I didn’t want to disappoint the ladies, did I?!  I even started doing a few push ups in the morning before going to work. There was one thing I couldn’t wait to get done and that was to top up my tan. Those that know me know that I love an all over all year round, sun tan. As it was autumn, my summer sun tan was fading fast. The tan was topped up to my satisfaction. I was ready for my close up!

Like I said earlier, Dutch courage was needed. I had beer (or two…) in the local pub whilst watching my beloved Manchester United football team on the TV. I waited for a couple of the others to arrive so we could go over to the venue together. I didn’t realise the time when the half time whilst was blown.  I was late! Luckily the venue was just a few hundred yards away around the corner.

When I arrived, I signed myself in and was shown to the corridor leading to the laboratory where the photo shoot was to be held. When I turned the corner, I thought to myself “What on earth have I walked into?”

Most of the guys where already there, sitting at table opposite mirrors whilst getting their hair and makeup done! Hair dryer blowing on Frank’s hair and Phil was getting something called concealer dabbed onto his cheeks. There were a queue of us ‘models’ either waiting to get prepped or waiting to be called for ‘shooting’! I was starting to feel a little nervous and I was unsure why! The place looked like a professional model shoot. There were bright lights that I’ve only seen in professional photo shoots. The photographer was such a sport getting us ‘models’ into the correct poses and there was music on the sound system to keep us all in the ‘zone’….. 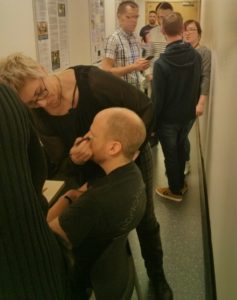 The guys getting their makeup done

The next thing I know, Andrea from Child Aid Tanzania has a camera in my face asking me to talk on camera about my part in the photo shoot!

I tell her I am the month everybody loves- Mr January.

What followed the rest of the day was a world wind blur… I was told to get my kit off and put on a lab coat to cover my modesty! Next I was plonked in a chair and prodded and buffed and brushed. I was ready for my close up- as they say in the business. I was called into the laboratory for my photo shoot session. There were spot lights in one corner of the room. I was recreating the pose of the Athena mechanic with the tires.  I was holding buckets labelled biohazard instead of the tires and I removed my lab coat and tied it around my waist. Liz  helped me into my posing position and the photographer began snapping away. Modelling is a lot harder than I imagined. ‘Take a step here’ … ‘Turn your head there’ ‘More thigh needs to be on show’    ‘look up’ ‘look down’…. camera flashes! This went on for what felt like an eternity. Then I heard the words that made be relax ‘We got the shot.’

Everybody piled into the set and started getting into their poses. I kept being told off for forgetting I had to hold the disposable jar to cover my area of distraction. After a few minutes we were all in position. More camera clicks and flashes and December was complete. So I thought!

Zonya and Emma were going through the music on  the sound system and all of a sudden, one of my all-time favourite songs comes on. ‘Staying a live’ by the Bee Gees. I jump up on the benches and expose a little too much of myself judging by the look on Liz and Emma’s faces! All the others guys are dancing and singing and having a laugh. I join in and it is great just boogying and having a laugh. I think there might be a recording of this somewhere. If you happen to see it, remember to keep your eyes high up!

I have to admit, by the end of the day I was exhausted. It was hard work. I do have a new found respect for models now.

We bared nearly all and helped raise money to save children’s lives in Tanzania- It’s not too late to contribute. 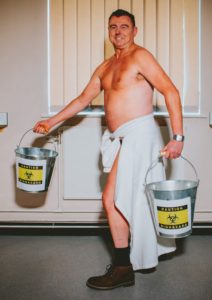 Want to hold your fundraiser in aid of Child Aid Tanzania? Let us know! 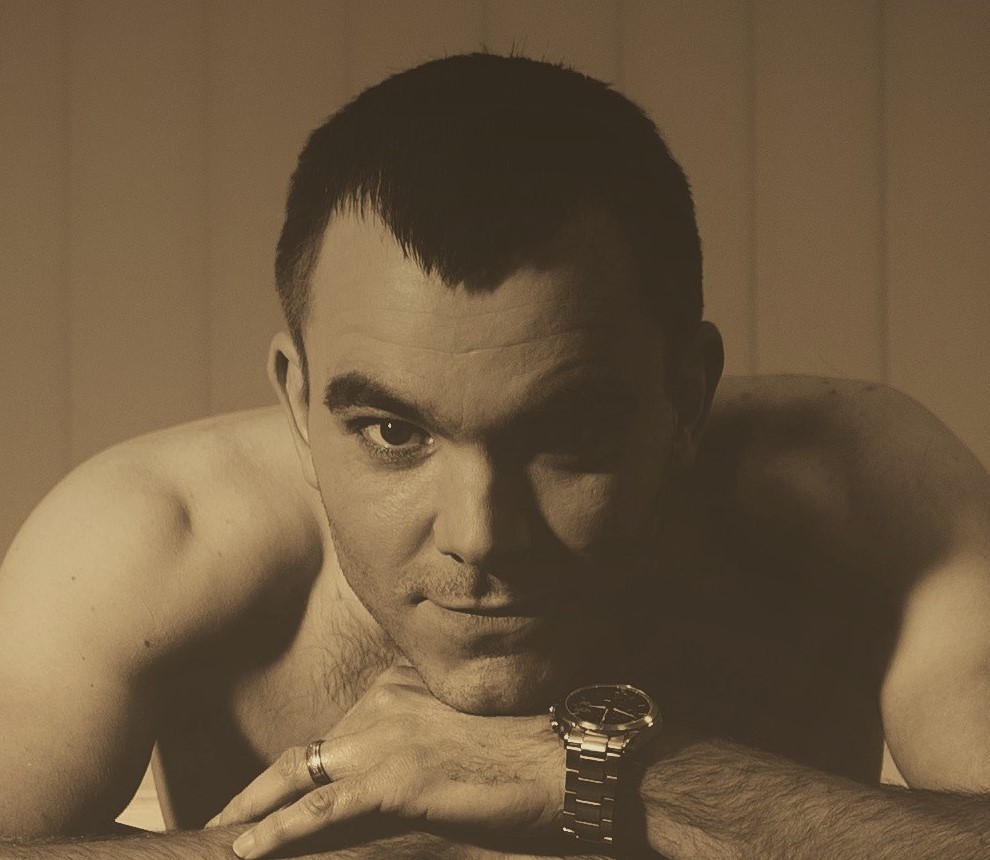 When the bake sales dwindled, Child Aid Tanzania had to think of a more exciting fundraising campaign. Along came the calendar hunks!