Does this sound like you? If so, continue reading.

More and more runners are looking for harder runs and tougher challenges these days. I bet you are?

Having contacted over 50 runners, it has become apparent the top reasons the people asked love to run are getting out in the fresh air keeping fit and healthy. For some, the prospect of an ice-cold beer or pizza was their motivation!

I love seeing photos of runners crossing the finishing lines at 5K, 10K, half and full marathons. Whether it is the ecstatic look on the face or a grimace of pain…The fact they have completed their challenge is always a wonderful thing.

Gary at the Morocco Half Marathon 2016

Runners are renowned to be some of the most self critical people in sport. Most of the runners who completed my questionnaire were happy with their recent performances, though only a few were disappointed with theirs- due to missing their personal goal by seconds or due to injury. Runners tell me when this happens; their personal goals are enough to keep them motivated to overcome the disappointment.

Jon R, a fifty-something runner, explains that he has been running since his days in the Royal Air Force. Injury has prevented him from running marathons recently but he has been kind enough to share how important his diet is and what he swears by to stay in shape.

1.Tuna fish “I eat it on jacket potatoes, in salads and even on its own from a tin! I really have a weakness for tuna, which is good for me because tuna is a great source of protein”

For Child Aid Tanzania’s co-founder, Andrea and fundraiser runner, Gabby, healthy eating is a daily activity. Andrea likes to start the day with her very own home made smoothies. Healthy meals when going out is not a problem for Gabby. She looks for High protein and Low GI carbohydrate. 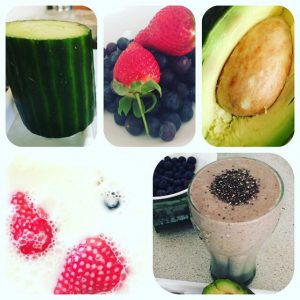 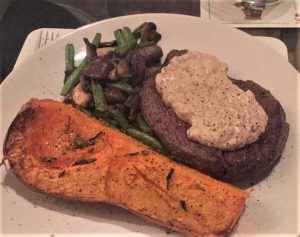 Are you are new to running or running in a new area? Not sure where or when running events are taking place? Not sure if organisers are reputable and reliable? Especially in the case of an overseas running event, you may be thinking “Are organisers safe?” or “Will they take my money and rip me off?”

All these things need to be thought of even before you part with any cash and register to participate in an organised running event.

If you answer yes to any of these questions, then keep on reading as we have some information that will be of great value to you.

At Child Aid Tanzania, we have had a number of fundraiser runners over the years. From 5K park runs by first time fundraisers to city street runners all the way to half marathons under the hot north African sun. We really have had a range.

Our first was Zara, a wonderful young lady who transformed herself into a lean mean running machine in preparation for her first 5K run at Heaton Park, Manchester. She was very pleased with her performance on the hilly terrain that chilly autumnal morning in North Manchester. We were also very please with her fundraising performance!

Paul and Zara at Park Run

Then there was Gabby and Frank. Friends and colleagues who trained together intensely weeks before tackling Manchester’s most sort after annual running event. They took to the Mancunian streets along with “Tens of thousands of other inspirational runners” on that late spring afternoon. Taking in iconic sites like the classic Palace Theatre, Bridgewater hall, Manchester United Football club’s ground-Old Trafford, The Imperial War museum and picturesque and sophisticate Salford Quays. They ran in at 59 minutes and 43 minutes respectively.

Gabby and Frank at the 10k Manchester Run

Moroccan Half Marathon- Doing it for the kids

In January 2016, the microbiology department at Manchester Royal Infirmary sent 3 of their finest runners (Frank Taylor, Gary Edwards and Mark Hasselholdt) along with another runner pal (Andy Higgins), to run the half marathon. When the runners arrived, ‘the mild January climate’ they were expecting was nowhere to be found. Instead, a hot temperate environment greeted them as they stepped off the plane.

‘We all just thought we needed to acclimatize and the next morning would be cooler for the run!’ said Frank.

The four runners reassured each other that the run would be relatively easy- the distance, they knew they could manage and the route was flat. Getting a good time was the challenge.

The runners warming up before their run.

The morning of the run was bright, sunny and not so breezy! The runners were in great spirits and raring to go. I left them at the starting line and wished them luck on their 13 mile half marathon run.

‘By about half way around, the sun got hotter and hotter and having to weave in and out of press vehicles, I was just grateful to complete the course without falling over!’ explained our first to finish, Andy
All four runners completed the course with very respectable times ranging between 1 hour and 45 minutes to 2 hours. This is just fantastic. True heroes!

‘The run was a challenge and we just wanted to do something that would help the Mum’s and their children in Tanzania in any way we can’ agreed both Gary and Mark.

The experiences of our fundraiser runners though they are different, they all have one thing in common. They all gained a massive sense of achievement when they combined their love of running with fundraising.

So whatever your reasons for running; whether it is for that beer at the end of the race or the extra slice of pizza on Friday night, or you just love to keep those leg muscles fit; If you feel the desire to raise money whilst you do it then our ‘More than just a Marathon’ guide is just for you.  We have tracked down the most interesting runs along with some challenging runs for those who want to take it to the extreme… Sign up to get your FREE copy of ‘More than Just a Marathon’.